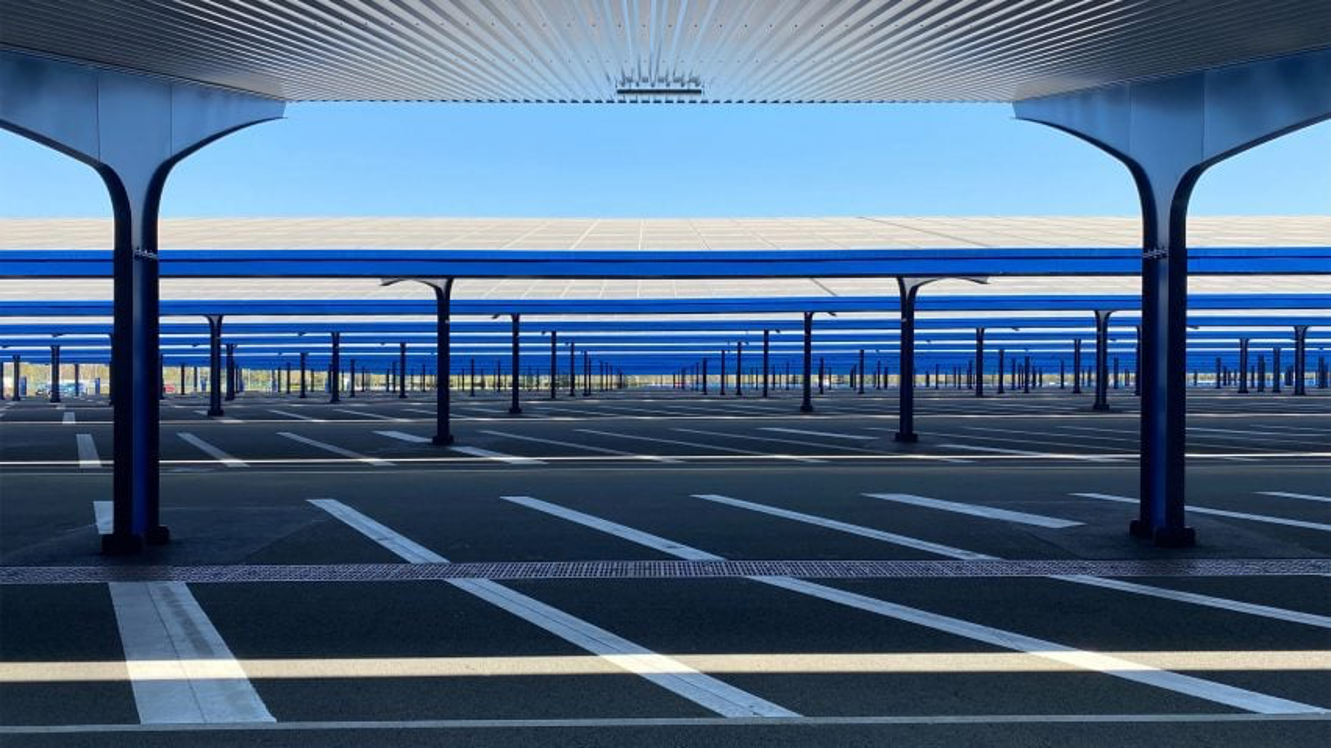 Corporate Events are going through the agony of reinventing methodology post Covid. It’s difficult to not fall back into old habits and repeat old mistakes. Here’s a story that might inspire some left field thinking.

The French Senate has approved a bill requiring all large parking lots across France to be topped with solar canopies in the next six years, which are predicted to generate as much energy as 10 nuclear reactors.

The legislation mandates that all new and existing car parks with 80 or more parking spaces must be blanketed in photovoltaics covering at least half of their surface area.

This is ultimately expected to yield around 11 gigawatts of renewable energy capacity, with the added benefit of shielding cars and pedestrians from sun and adverse weather.

The news comes after president Emmanuel Macron said he aims for a “massive acceleration” in France’s renewable energy development, with plans for a tenfold increase in solar capacity by 2050.

Once the bill comes into effect in July 2023, car parks between 80-400 parking spaces will have to install solar canopies within five years, while those with more than 400 spaces will have only three years to get up to speed.

The bill still needs to be reviewed and finalised by France’s National Assembly. But in its current form, it would exempt only those parking lots that are dedicated to heavy goods vehicles and placed next to “remarkable” heritage or architectural sites.

Solar car parks already service a number of large commercial sites across France from supermarkets and shopping centres to the Disneyland Paris theme park (top image), where the first section of a photovoltaic canopy set to cover 11,200 parking spaces started operating in April.